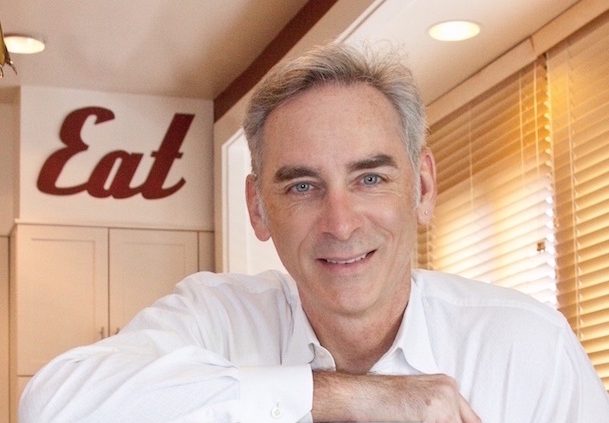 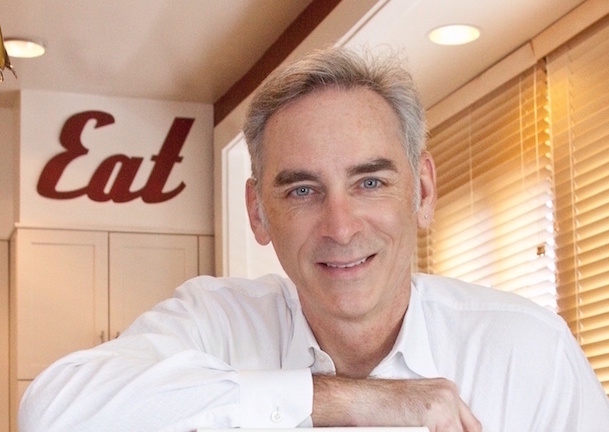 The brain-health benefits of walnuts and berries are promoted heavily by those industries, but Harlan says the marketing claims are legitimate.

A heaping helping of health

Harlan is uniquely qualified to teach food as medicine; after all, he’s worked in both worlds.

He entered the culinary arts early, managing a restaurant at the age of 18. He studied under top chefs and opened his own French bistro. He eventually left that to study hotel and restaurant management, but a career in medicine called. He received his degree from the Emory University School of Medicine.

Harlan is a practicing, board-certified internist and a nationally recognized expert in food and nutrition who has been featured in The New York Times, The Wall Street Journal and CNN. His website, drgourmet.com, offers evidence-based information on diet, health and wellness. He has been an on-air expert for the show “Cooking Thin” on the Food Network and won an Emmy for his public broadcast program “The Dr. Gourmet Show.”

He’s also published several books, including “Just Tell Me What to Eat!,” a six-week plan for healthy eating that features his favorite tips and plenty of mouth-watering recipes.

Harlan believes that “eating great food is the easiest path to health.” And he says getting started down that path can be easier than you think.

The secret is to take small steps. Just work to improve your diet a bit at a time. Harlan makes that simple for you by breaking the Mediterranean Diet down into nine basic elements. You can see those in the table below.

Pick one of those elements, and incorporate it into your diet. Maybe you’ll set a goal of having a banana every morning. Or maybe you want to cut back on red meat and eat a little more fish.

One way to know you’re improving your eating habits is to keep score, based on the Mediterranean diet table of foods.

Give yourself one point for each one of the nine food elements that you eat the recommended amount of. Over time, see how many points you can earn, but don’t feel you have to make radical changes to your diet all at once. Harlan says adopting even a few of these food recommendations can serve to improve your health.

“It doesn’t take a lot to get a point on the Mediterranean diet score for, say, increasing your amount of legumes,” he says. “That works out to a nice handful of peanuts, or choosing to have beans as your side dish, or a peanut butter and jelly sandwich.”

Harlan encourages you to make simple changes, such as eating a piece of fruit every day. And it helps to choose whole foods that come from plants.

“It’s really just about trying to consume more legumes, more vegetables, more whole grains, and more fruits and nuts,” he says. “Those four points — which are actually five different ingredients — those are all plant-based ingredients, and the more you’re doing those plant-based ingredients and the less you’re consuming the animal-based protein, the healthier you’re going to be.”

The guide below offers detailed information on how to incorporate the Mediterranean diet into your weekly eating plan. It is reprinted with permission of the Goldring Center, and you can download a PDF from the center’s website.

For cancer patients, tattoo removal can be sign of hope

For NJ Advance Media
While Lisa Eyerkuss successfully beat back breast cancer four years ago, she was left with a visible reminder of the experience: four tiny black radiation markers on her chest and one on her back.

“They’re small and it’s not that I’m a vain person, but when I wear a low-cut dress or am getting dressed after a shower, I can see those dots,” said the 57-year-old Little Silver resident. “Some women see them as battle scars that they earned, but they have a bad connection for me.”

She assumed she was stuck with them. However, progress in the field of laser surgery means the markers can be now removed much more easily than ever.

That has led one breast surgeon, Stephen Chagares, of Tinton Falls, to partner with a plastic surgery practice to remove them without charge for cancer patients.

“Many people’s marks are hidden, so they don’t mind them, while others see them as a badge of honor that they don’t want to remove,” Chagares said of the blue-black, 3-4 millimeter-sized dots placed on the body to align the radiation dose and ensure it is aimed at the same target each treatment session.

For some breast cancer patients, however, visible spots near the cleavage or throat make them self-conscious, he said. “For these individuals, the markers essentially reveal their medical identity without their consent, exposing to the world that they had breast cancer or some other cancer that involved radiation – which may be very uncomfortable for them,” he said.

When Chagares heard that colleagues at the nearby Plastic Surgery Center in Shrewsbury had acquired a high-speed laser that reduced the tattoo removal process from as many as a dozen sessions to as few as three, he came up with a way to help his patients shed that souvenir of treatment.

Since Chagares was already trained in laser surgery, he wondered if he could use the Center’s machine for his patients at times when the machine would otherwise be idle.

The plastic surgery practice readily agreed to share its laser with Chagares. “We’re very involved with the breast cancer community, and this program is a great fit that we feel good to be a part of,” said Plastic Surgery Center reconstructive surgeon Andrew Elkwood.

The program was launched earlier this year. Since then more than a dozen breast cancer patients have already had their radiation marks removed.

Most insurance plans don’t cover removal of radiation markers, Chagares said, a reality that made him even more intent on offering this service — which could normally cost individuals up to $1,000 – for free to anyone who wants it.

Eyerkuss, the breast cancer survivor, said he was thrilled to see her markers nearly disappear as the laser sessions went along. “Those marks bring me back to a really difficult time in my life, and we shouldn’t have to live with something that triggers bad memories,” she said.

“It helps a woman or man come through it, go back to work, and be themselves again. They don’t have to be pitied or reminded of their experience for the rest of their lives,” said Chagares.

He said tha as far as he knows, no one else in the state is offering a free ongoing program for patients regardless of thetype of cancer or the location of the patient’s treatment. He’d like to see that change.

“My hope is that we become so busy doing these procedures that we inspire other practices statewide to get involved,” he said.

Want to join the discussion?
Feel free to contribute!

Very interesting article regarding international research and care for Seniors....
Scroll to top